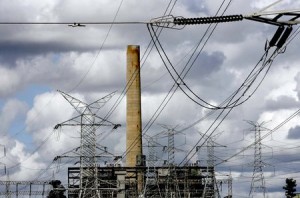 About 1700 homes and businesses in the Engadine area were without power for more than two hours on Tuesday afternoon.

The main area affected was along Woronora Road and west to the river.

Power failed at about 2.15pm and was progressively restored with most homes due to be back on by 4pm.

An Ausgrid spokeswoman said that the failure was due to a ‘‘problem on the overhead network’’, but could not specify whether it was a branch down on the overhead lines or some other cause.