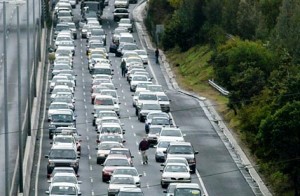 EXTENDING the F6 motorway through Sutherland Shire and St George is a key component of a draft transport master plan the state government is expected to release.

However, just when it might be built depends on an infrastructure strategy due out later in the month.

The master plan was drawn up by Transport for NSW, while the strategy was being prepared by Infrastructure NSW, headed by former premier Nick Greiner.

A spokesman for Roads Minister Duncan Gay said yesterday the draft master plan would be “adapted accordingly” once the contents of the Infrastructure NSW strategy were known.

Mr Greiner’s group will recommend the new motorways that should be built in Sydney and in what order.

Liberal MPs from Sutherland Shire, St George and the Illawarra made a joint submission to Infrastructure NSW that it be given top priority, but if not, that it should be next.