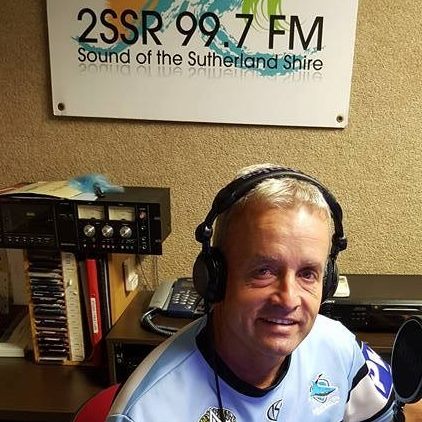 The Sideline Eyes is a sports show with all the colour of a lipstick shop, the personality of  a Emmett “Doc” Brown and the knowledge of a Barry Jones.

Be listening each and every Sunday night between 7-9pm for the inside edge on all that’s been happening in the World of Sport. Each week we have special guests from local sporting bodies such as Tom Iceton from the Sutherland District Cricket Club, Peter Upham from the Sutherland Sea Hawks, Pete Nowakowski talking A League, Micky Brock from the British Football Watch team, Brendan Tynan from the Southern Districts Rugby Union Club, Rob Willis Media Manager from the Cronulla Sharks, Simon Wilson from the AFL NSW/ACT, and Gary Thomas hanging ten on the waves at Cronulla beach.

We also have a segment each week where we talk about a particular sport in and around the Sutherland Shire and its impact on the community.

… and we will gladly publicise your sport.