Skip to content
2SSR Community
Posted on July 19, 2016 by twossr

Each week Ann Warren, Presenter of the Good Life (Thursday’s from 4pm)  takes a look back to the Shire’s past, and features a special photo designed to spark a Flashback memory. 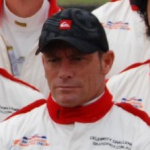 Tom Caroll
The world’s most lethal wave is Hawaii’s Pipeline and it was here that Tom Carroll, the short, muscular man from Newport, Sydney, displayed his mastery of the sport of surfing.

Carroll has won the Pipeline Masters three times – on each occasion amazing the surfing world with his skill, finesse and fearless approach in the
face of the ocean’s awesome power.

Tom Carroll has done almost everything. He’s had 26 professional victories throughout the world, competing in conditions ranging from wave pools,
through to his most favoured arena in Hawaii. He has finished in the world’s top 3 seven times, which includes two World Titles in 1983 and 1984, while also just missing in 1986, while finishing third in 1985, 1988 and 1991. He won the Triple Crown in 1991.

Carroll’s great rival through the 1980s was Tom Curren and one of his most memorable victories against this opponent was at the Bells Classic in 1986. Carroll was the first surfer to win Bells on his backhand. This vertical attack sparked an era where backside surfing became an advantage.
In 1987 he finished second to Greg Norman for the Australian Sportsman of the Year award.

Tom Carroll’s path to fame has not been without obstacles. His surfing has resulted in numerous leg, back and internal injuries, but his phenomenal conditioning and terrier-like attitude to competition has seen him through two decades of competitive surfing.

For 10 consecutive years from 1983 to 1993, Tom Carroll was voted Australia’s favourite surfer by the TRACKS surfing magazine readers’ poll. Australian surfers are proud of their international competitors and none deserve this adulation more than Tom Carroll. 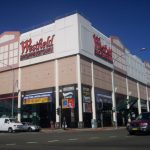 Once the biggest of its kind and a major Shire landmark, it’s now virtually big enough to be it’s own suburb. Miranda Fair was originally opened in 1964 on the former site of a former Brick Pit

There have been two major renovations and extensions since 1964. The first was in 1971 . Further expansion occurred in 1992   In early 2009, Sutherland Council approved plans to further upgrade the complex, which included demolition of the office tower and adding 100 additional specialty shops at a cost of A$435 million.

Miranda Fair was easily distinguishable as it had a large eight-pointed star on its rooftop. This was knocked of the top of the tower in late July 2013 during the centre’s 2013 – 2014 re-development as the office tower it sat upon was demolished. And another little bit of the Shire history was over. 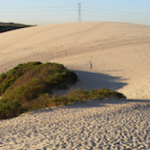 The sand dunes near Wanda were formed when the sea reached its present level and began to stabilise, between 9000 and 6000 BC.

The site has significant Aboriginal signs of habitation, from carvings, ceremonial sites, middens and sites of flaked sharpening stones.

Thomas Holt purchased the estate on the peninsula in 1861 for £3275. Holt, originally from Yorkshire, made his fortune during the gold rushes of the early 1850s.

In the 1930s the Holt family began its sand mining operations that continued until 1990 with an estimate of over 70 million tonnes of sand being removed.  P

lans for development of the dunes have been cause for continual public protest between developers, locals and environmental groups.

In 2010, after 2 1/2 years of negotiations, approval was granted for the rezoning of 130 hectares of land owned by Australand and Breen Holdings for a major residential housing subdivision of around 420 single dwellings. And a piece of Shire history was effectively destroyed forever.