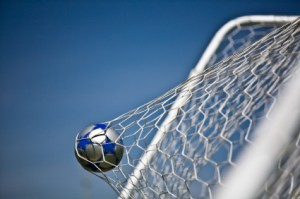 A tournament with 400 football players has raised $12,000 to help a Sylvania Waters family care for their disabled daughter.

Mr O’Connor said the five-a-side charity tournament raised money to help look after Billee Wynen, raising money so her family can get a conversion to transform their car to get wheelchair access.

Funds where also raised for the George Best Foundation, which helps young kids get on the right path, away from drugs and alcohol.

Soccer 5s, a visiting team from the central Coast, won a senior perpetual trophy presented by the Johnny Warren Foundation. The Junior competition was contested by the Manchester United Supporters Club of NSW and the AC Milan Academy, which defeated the Reds 3-1.