Skip to content
Multimedia
Posted on April 8, 2013 by twossr 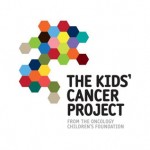 The Interview was with Peter Neilson, CEO of The Kids’ Cancer Project, formerly known as the Oncology Children’s Foundation. In 1993, Col Reynolds founded the Foundation with the dream of raising $1 million for research. He had little idea of how he would achieve his goal, he simply got started and along the way over 800,000 Australians have contributed to his dream of a cure for all childhood cancer.

Col’s amazing journey began when he was driving his empty coach past the Sydney’s old Camperdown Children’s Hospital. He stopped to let two young children with bald heads cross the road. On the spur of the moment he parked his coach and followed them into the hospital. He then followed his heart by making it his personal mission to give kids with cancer the gift of life.

For almost ten years Col funded and found sponsorship for day trips and camps for the children in the oncology unit. He ran the trips himself, so every few weeks Col faced the inevitable heartbreak that some of the kids who’d been on earlier outings had passed away. So far in excess of $ 20 Million has been raised for kids cancer research.