The Community Broadcasting Association of Australia (CBAA) has announced the finalists in the 2016 CBAA Community Radio Awards, a national awards program recognising excellence in community broadcasting.

We take great delight in saying Sideline Eyes, written and produced by station legend Stuart Redman is a finalist in the Sporting category. Stu puts a lot of time and effort into his show, making sure it covers just about EVERY sport played in the Shire, on a  weekly basis.

Good luck Stu. Winners will be announced at the annual CBAA convention in November. 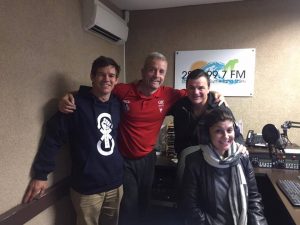