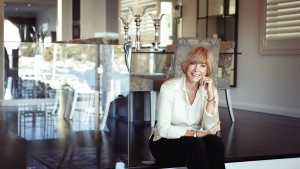 Sutherland Shire mayor Carol Provan has been re-elected to the council for a third term.

Provan was quoted being very pleased with the result having received  over 6000 votes, coming second to the Liberals.

Provan believes that the liberal leadership in the Shire is the way it was all through the shire. believing that people want a change of government and are letting their thoughts be known on the bigger picture, they came back to supporting the person who represented them locally, Provan Said.

Cr Provan is still serving as mayor up until September 24.