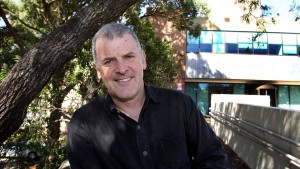 THE sulpher-crested cockatoo is the most common visitor to Sutherland Shire backyards, but small birds are struggling to find a place in the suburbs, a new study has found.

On the positive side, fewer pest animals such as deer and Indian mynas were recorded, but the number of smaller birds such as the willie wagtail, New Holland honeyeater and superb fairy-wren were down.

About 80 people involved in the council’s Greenweb bush regeneration program took part in the survey, reporting sightings of 125 bird varieties, 19 reptiles and 11 mammals.

The rainbow lorikeet was the second most spotted animal in the shire. The most common mammal was the brush-tailed possum.

Greenweb officer Geoff Doret oversaw the survey and said that small birds were struggling in the shire because the type of plants they needed for their habitat were not commonly planted in backyards.

To take part in the Greenweb program contact Geoff at Sutherland Shire Council; gdoret@ssc.nsw.gov.au or 9710 0463.