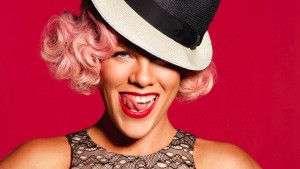 IT WOULD have put the spotlight on Cronulla for all the right reasons.

But plans for a free beachside concert by international pop star Pink were abandoned amid fears up to 30,000 people would attend.

Under one scenario for the event, which was to take place on Monday’s public holiday, the singer would ride a jet ski to the beach before climbing on to a stage similar to that erected for Australia Day concerts.

Pink is in Australia for a month to promote her new album and 2013 tour.

Channel Nine’s Today show hatched the Cronulla plans, believing it would be an enormous ratings puller at the end of the football finals long weekend.

Both Nine and Sutherland Shire Council denied speculation the appearance of the beach due to the new seawall construction was the real reason the plan was aborted.

Mr Thornton said Today envisaged a crowd of “a few thousand” but police advised “it could easily be up to 30,000”.

A council spokeswoman said the organisers intended the concert to be unticketed but the advice from police was that given she was an international superstar tickets would be needed to limit and monitor crowd numbers.

The spokeswoman said the council was never asked to contribute to the cost of staging the show.