Sideline Eyes are pleased to announce that the current lightweight boxing champion of NSW in Nathan “CAV” Wright and his manager Chris Davey will be joining Stu in the 2SSR 99.7 FM Sutherland Shire Community Radio studios on Sunday 8 march, 2015  from 7PM.

We will be previewing his fight against Brendan “The Machine” Saunders on the 27th of March on what is the main event at Club Punchbowl on the Paul Nasari Neutral Corner Fight Promotions.card for the vacant International Boxing Organization Oceania lightweight title. Also on Sideline Eyes we will be chatting with Brendan Tynan-Davey from Southern Districts Rugby Club Official Page talking about the past two rounds of Super XV Rugby amongst other issues confronting Australian Rugby at the moment.

We will be reviewing the previous two rounds of the Hyundai A-Leagueseason including some of the action from the Asian Champions League with Joe Russo who you can find his articles in the Western Sydney Wanderer.

We will be keeping up to date with the latest news in the ICC Cricket World Cup and what’s happening on the local cricket scene with Tom Iceton from the Sutherland District Cricket Club The boys from All Sport Talk will be reviewing another two teams in our AFL preview for 2015 and give their WA perspective on the week of sports news.

Finally BJ will be joining Stu for a wrap up of the 1st round of NRL – National Rugby League and a preview of Round 2 including updates of the Cronulla Sharks vs Canberra Raiders match. 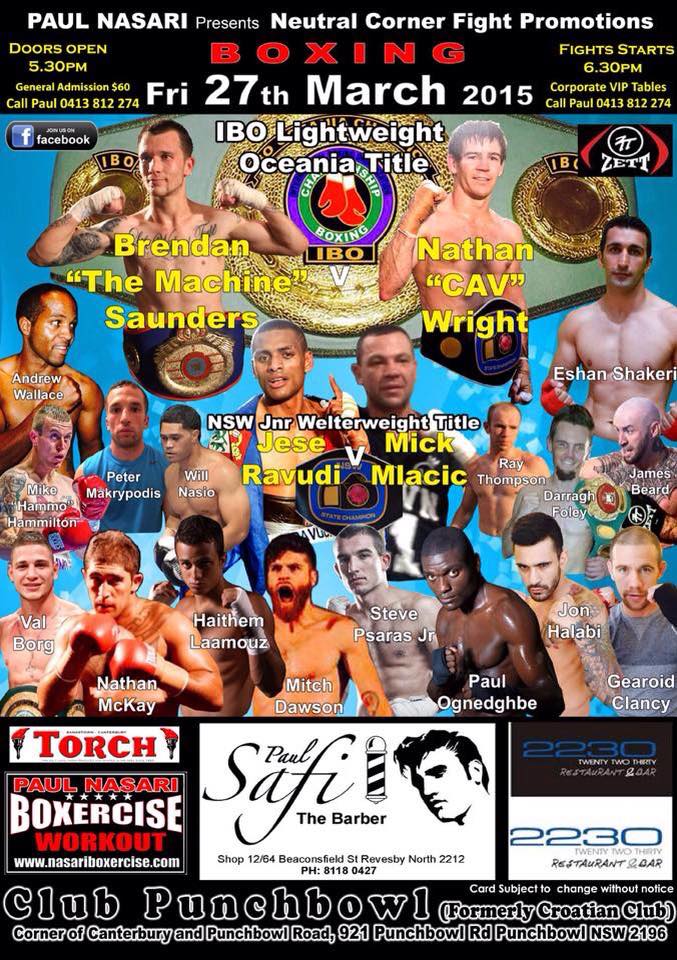