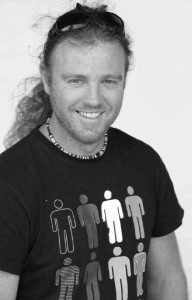 Miranda Fair was originally opened in 1964 and was purchased by Westfield in 1969. There have been two major renovations and extensions since then. The first was in 1971, which made it the largest shopping centre in Australia for its time. It was also was the first major shopping centre to have two major department stores, Grace Brothers and Farmers.

Grace Brothers was an Australian department store chain, founded in 1885. It was bought by Myer (later to become Coles Myer) in 1983.

Farmers was one of Sydney’s earliest department stores and began in 1839. Farmers boasted art galleries with a more contemporary focus than the Art Gallery of NSW at that time, while also promoting the latest in interior design and fashion.

Further expansion of Miranda Fair occurred in 1992 giving it 108,316m² of retail space. Since these openings, other shopping centres have been built and expanded, including Westfield Parramatta and Westfield Bondi Junction, now making it the 4th largest Westfield shopping centre in Sydney. In early 2009, Sutherland Council approved plans to upgrade the complex, which will include demolition of the office tower and adding additional shops. The entrance will be moved closer to the Kingsway.

Miranda Fair is easily distinguishable as it has a large eight-pointed, slowly-revolving star on its rooftop. Part of the heritage of the centre, and somewhat of a local landmark, the star is lit at night and unique to any Westfield shopping centre.