Skip to content
Archive
Posted on December 13, 2012 by twossr 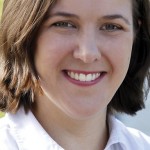 On Sept 13 2012 Melanie addressed Parliament about 2SSR FM 99.7’s new offices and refurbishment – some condensed comments of that speech

‘ I recently attended the unveiling of the newly renovated studios and offices of our community radio station 2SSR 99.7 FM. I joined a number of shire representatives, including former Sutherland Shire Mayor, Carol Provan and, as of today, newly re-elected Councillor, who was there to praise the dedication and hard work of the volunteers at 2SSR and officially declare the new studio open. Despite being an avid radio listener in my daily car trips, I was not very familiar with the work at the shire’s local community radio station until recently. One of its well known hosts, Bob Birkhead, a self confessed radio buff, recently invited me onto his weekly show, which airs each Monday from 9am to midday.

Each week he has a featured guest who usually has a strong connection to the shire. When first asked to be a guest on his show, I must admit I was nervous about going on air. I obviously am not a stranger to public speaking but the thought of being interviewed live was a little nerve wracking. When I arrived at the station housed within the grounds of Gymea TAFE, I was greeted by some of the wonderful volunteers who have been donating their time to the station since it was formed in 1984. When my time came I was ushered into the recording booth with Bob, who quickly set me at ease. Bob asked some pertinent and considered questions about the Sutherland Shire and about my role as the member for Menai.