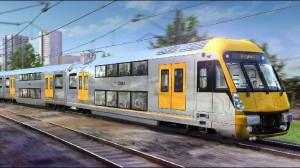 MIRANDA police arrested four men after a 40 year old Miranda man was punched numerous times in the face and head on a train at Cronulla on Sunday night.

Police allege a group of men, believed to be of Pacific Islander apperance, approached the victim about 8pm and assaulted him on a city-bound train.

The victim ran off the train at Jannali and police were called.

The man was taken to hospital with swelling to his jaws, eyes and face.