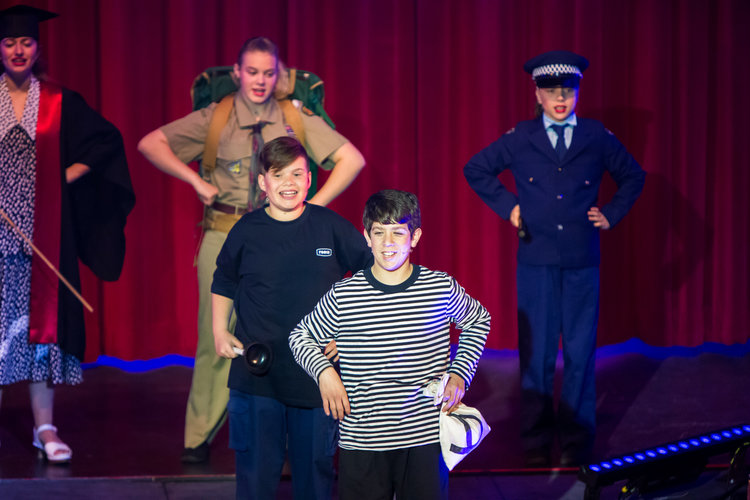 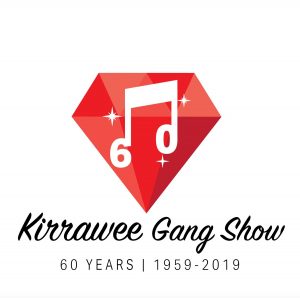 As the oldest Gang Show in NSW and the third oldest in Australia, the Kirrawee Gang Show has provided the opportunity to literally thousands of Scouts and Guides from the South Metropolitan Region and beyond to show off their theatrical talents.

The Kirrawee Gang Show started in 1959 with a two night debut season at the Sutherland School of Arts. The cast for this show came from 1st Sutherland and 2nd Sutherland (Armco) and consisted of big musical ensembles and sketches. The concept for the show stemmed from Gordon’s time in England and his time with the South West London Gang Show under the direction of Ralph Reader. The tickets for these first two shows were quickly sold out and the show was such a success that it was decided that there must be another Kirrawee Gang Show.

Many of the leader’s involved in this first show were already busy members of the Scouting community and it was quickly decided that “There is more to Scouting than Gang Show”. It is for this reason that the show is only run every two years, although this two years seems to go by so quickly!

In the 60 years since the first season, the Kirrawee Gang Show has grown to include Scouts and Guides sourced predominantly from within the South Metropolitan Region. We’ve staged the show at many venues throughout the Sutherland Shire & St. George Area with the Rockdale Town Hall being the venue for the 2019 show.