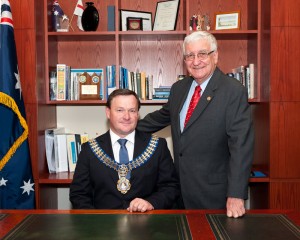 Liberal Councillor Kent Johns has been elected as the new mayor of Sutherland Shire Council.

In 2008, as Liberal team leader he disbanded the Liberal party team so that they ran as independents until the end of the term.

At the recent election, they ran as officially endorsed Liberals securing an outright majority with nine seats on the council.

This will be his first term as mayor of Sutherland Shire.