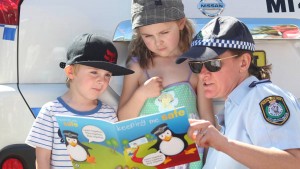 Senior Constable Wilson goes to preschools and schools to ensure there is more awareness about the often-taboo subject.

She said the “stranger danger” mantra was no longer used in schools because most child assault cases involved a relative or family friend.

She said she told children to “No, Go, and Tell” to reinforce that they should say no, run away and tell an adult when they felt unsafe.

They also learnt about which safe adults they could turn to and safe places they could go.

Senior Constable Wilson said it was important to emphasise to children that they had to tell an adult, not just a friend, if they felt unsafe.