Skip to content
2SSR Community
Posted on March 24, 2017 by daydream-admin 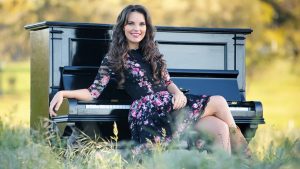 She is a great country singer. Will have a great band backing her including Stu French.

Courtney has had both her singles reach top 20 on Country Music Channel.

She will be performing classics including Tennessee Waltz, Crazy along with songs from her award winning album.