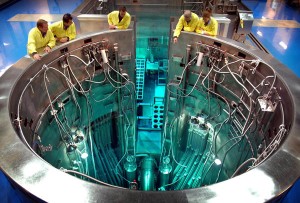 The Federal Government’s announcement this week of a $168 million investment in ANSTO including a nuclear medicine facility and 250 jobs, has drawn mixed reactions.

Sutherland Shire Council welcomed the move but expressed concern that the announcement included details of waste treatment and a storage facility at Lucas Heights.

Sutherland Shire mayor Carol Provan said construction of the nuclear medicine manufacturing plant at ANSTO was a positive step forward for the diagnosis and treatment of cancer and heart disease in people across the globe.

But she said: ‘‘The Sutherland Shire community wants a firm commitment from the Federal Government regarding the construction of the national waste repository. Storing nuclear waste at Lucas Heights is not the answer.’’

ANSTO will also employ another 150 in the construction phase.