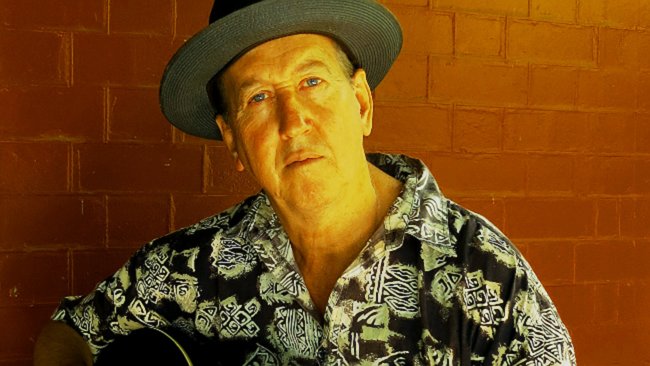 Tune in to 99.7fm as David Roman interviews Andy Baylor, live on air on  the Mystery Train this Tuesday night, Nov 13.

There’s countless talented musicians in this country, but it’s unlikely that any of them can claim to have been hand-picked by both Bob Dylan and Robert Plant to open shows for them.  Andy Baylor however, can do just that. But this accomplished musician and multi-instrumentalist (he plays guitar, violin, mandolin, viola and piano to name just a few) is not one to beat his own drum – so to speak.  Modest and totally free of any pretension, Baylor has well and truly earned his place on any list of Australia’s finest Roots Musicians in a career spanning over 40 years.

And in great news for his many friends and fans, Baylor has announced a new LP – his first since 2012’s Reel Of Joy.  The new album, Blues From The Irene Building (out October 19) is a musical testament to Baylor’s dedication and long-time love of the blues in all its forms.  Featuring cool original blues, funky instrumentals and ballads, Blues From The Irene Building is an album about changes all around us.

Andy – always on the lookout for a recording space that’s real, lowdown and funky, discovered The Irene Building and holed-up one long hot summer with his long-time collaborators, Pete Beulke on bass and Sharkey Ramos on drums. Together they cooked up a collection of songs and instrumentals; off-the-cuff, no frills, raw emotional riffs and heartfelt playing, with Andy furiously writing ‘stream of consciousness’ poems and lyrics on scraps of paper.  Now, several summers later Blues from the Irene Building is the result.

To celebrate the release of the album, Andy is heading out for a number of showcase performances in his old stomping grounds of Melbourne and Sydney during November.

Visit the below pages for tour dates: