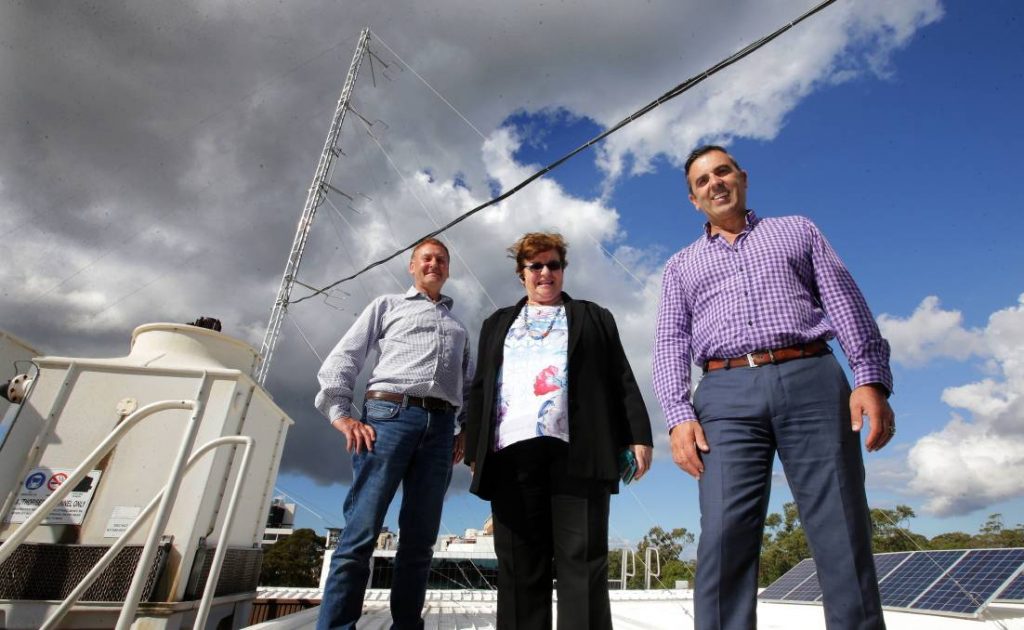 Have a read of the below article written in The Leader about our station and new antenna, based on an interview with our very own Loz!

After recently installing is a new tower and antennas on the roof of the Sutherland Shire Council chamber, 2SSR is picking up listeners far beyond the shire.

Two months ago, 2SSR replaced the old pole antenna it had used for the past 25 years with a new 15-metre tower with four antennas which dramatically boosted the reach of its signal.

“The old single antenna only let us broadcast in a narrow beam. The new tower and four antennas lets us transmit in a circular pattern.”

“We are now getting people listening in from Bulli Tops through to Liverpool, the Blue Mountains and the city,” he said.

“Closer to home, people in parts of Cronulla who couldn’t hear us before can now tune in.

“We have noticed the difference because of the increase in phone calls to the station. The number of calls on a Saturday have increased two-fold.”

2SSR 99.7 FM is entirely self-funded and the station was able to install the new tower after receiving a $14,000 grant from the Community Broadcasting Association.

As well as the new tower, 2SSR has a new transmitter and an improved live streaming system so that they can now be heard all over the world.

“We also have world-wide live streaming. Look up our webpage 2SSR.com.au and hit the link to listen live online button and you can hear us anywhere in the world,” Lawrence said.

“We get regular Facebook messages and texts from around the world, particularly the United States.

“We had one listener who was on a cruise ship in Russia who said it was like we were next door.”

2SSR’s new world-wide reach doesn’t mean the station will ignore its local base.

“We are run purely by volunteers who love what they do,” Lawrence said.