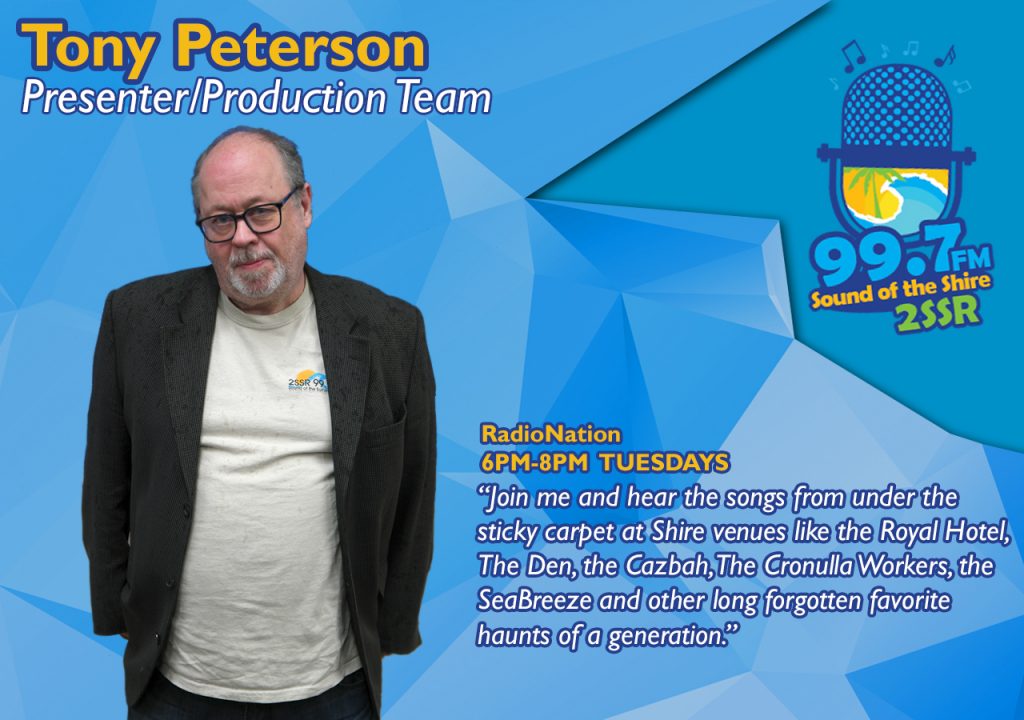 RadioNation flicks the bean of pop, ambient, cut-up, dub and industrial, with a good dose of late 80’s Aussie independent hard and garage rock from the Golden Age. Hear the songs from under the sticky carpet at Shire venues like the Royal Hotel, The Den, the Cazbah, The Cronulla Workers, the SeaBreeze and other long forgotten favorite haunts of a generation of liggers, groovers, lurkers and moshers.

Tony’s series Diary of an Anzac won an ACRA Award for best commercial radio documentary, for the Macquarie Media Network.